A good article on Collecting art by
Brian P. Kelly 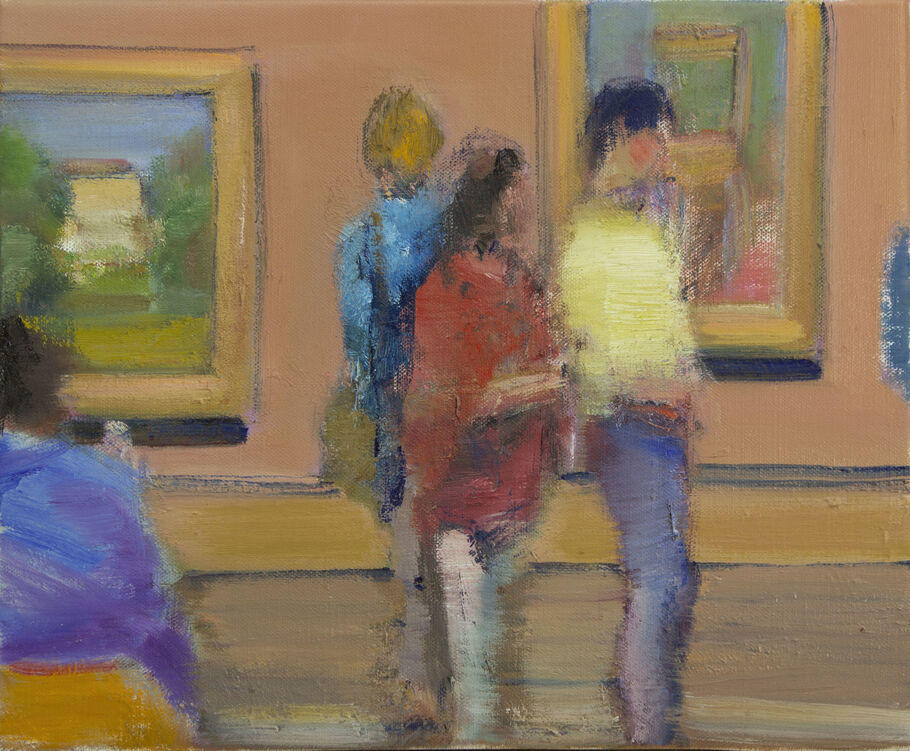 Beginning your art collecting journey can be an intimidating process. Some brick-and-mortar galleries can seem stuffy, elitist, and unwelcoming. Prices may not be readily apparent. Works might appear like they’re for sale, when in reality they’ve already been reserved for VIP clients. In discussions, the vocabulary—vernissage, BOGO, intervention, oeuvre—might feel like listening to another language.

But starting a collection, while a big step, doesn’t need to be an anxiety-inducing ordeal. Artsy reached out to several gallerists and asked them to share their best tips for novice collectors. And while following their advice might mean it takes more time to acquire a work of art than if you’d just gone in and picked something off a gallery wall, doing so will ensure that you’ll be confident when it comes time to buy. 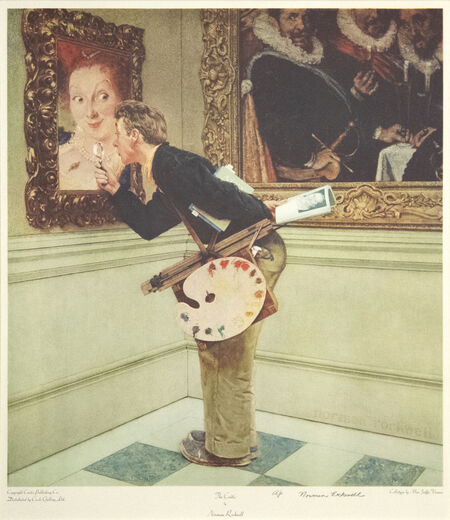 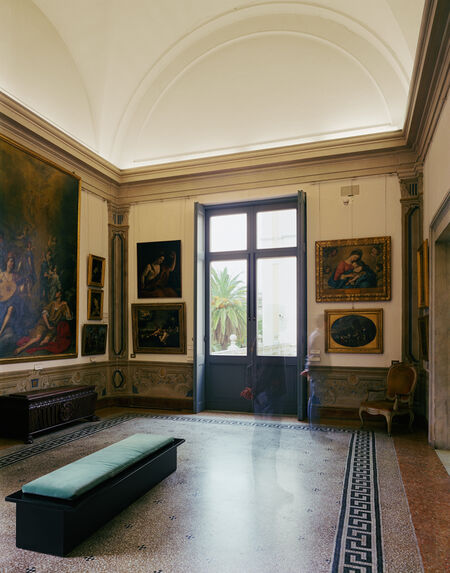 See as much art as possible

Almost every gallerist we spoke with emphasized the importance of looking at art—and not just art that you might be interested in collecting. “Visit as many museums, art fairs, and galleries as possible,” said Christine Pfister, owner and director of Philadelphia’s Pentimenti Gallery. “Scour pieces online. Determine which subjects, mediums, and styles of art speak to you so you can begin collecting.”

Elena Platonova, associate director of The Hole, with locations in Los Angeles and New York, also pointed to social media as a good way to explore art. She added that traveling presents especially ripe opportunities for discoveries, since you have the chance to explore galleries and museums outside of whatever area you live in. 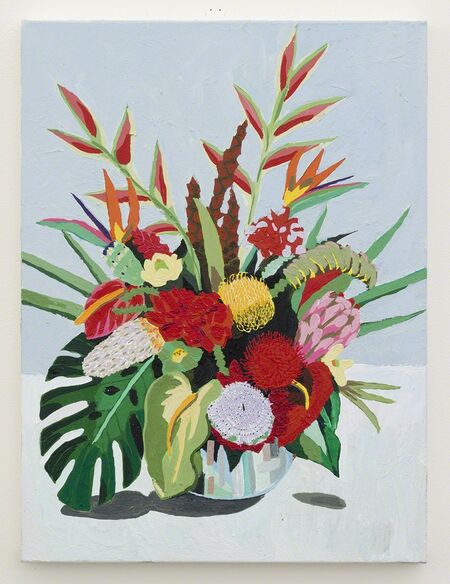 Valerie Carberry, a partner at Richard Gray Gallery, which has locations in Chicago and New York, also emphasized the importance of seeing art, especially in the real world. “As much as you can do in person, the more it will inform and inspire—and give you confidence to understand what you are seeing online when you are offered a new work.”

A big part of looking at art isn’t just to discern what you do and don’t like, but also to help you recognize where a particular artist’s work sits within the contemporary art landscape: who and where they’re borrowing from art history; who are the other practicing artists grappling with similar ideas; and what sets a particular artist apart from others in their sphere. Rachel Uffner, whose namesake New York gallery represents artists like Hilary Pecis, Curtis Talwst Santiago, and Leonhard Hurzlmeier, explained that looking at art helps develop “your awareness of what the significant concerns are among working artists, as well as who is influential in the field and who or what other artists are looking at.” Once you’ve established a solid foundation, she said, it becomes “easier to see who is making the work that is taking things one step further, adding something beautiful or brilliant to what already exists.”

That said, training your eye and learning what you do and don’t like isn’t an overnight process, but you shouldn’t get frustrated as you delve into the art world. “It takes time to discover which artists or types of works sustain your curiosity,” Carberry said. 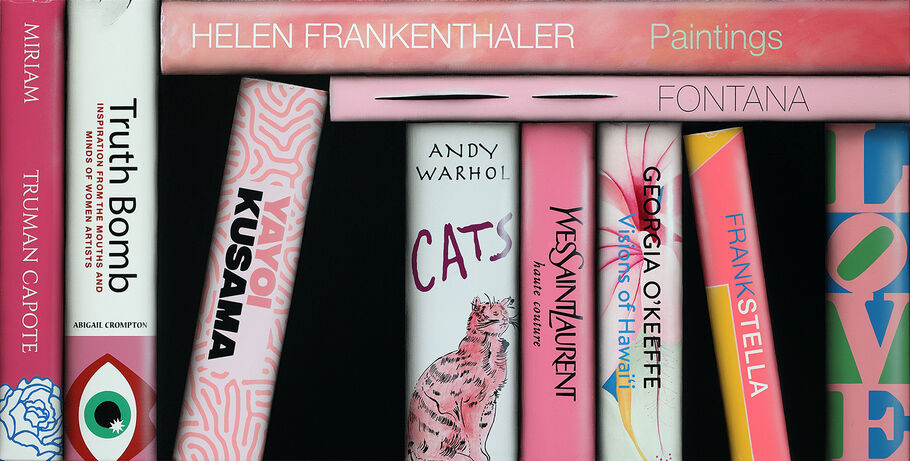 After you’ve spent some time getting to know art—trawling galleries, wandering museums, browsing sites like Artsy—and are confident in your tastes, you’ll likely have an idea of a style of work, or even a specific artist’s work, that you’d like to acquire. But before you get out your credit card, it’s important to dive deeper into the specific area in which you’re considering collecting.

Pfister said that, after looking at art, the second-most important thing for new collectors “is being able to effectively conduct research.” Key to this are the connections you can establish with art world insiders. “Building relationships with curators and galleries will give you access to important information on new artists and trends,” she explained. Carberry added that attending artist talks and public programs is also a great way to research a specific creator or movement before collecting. 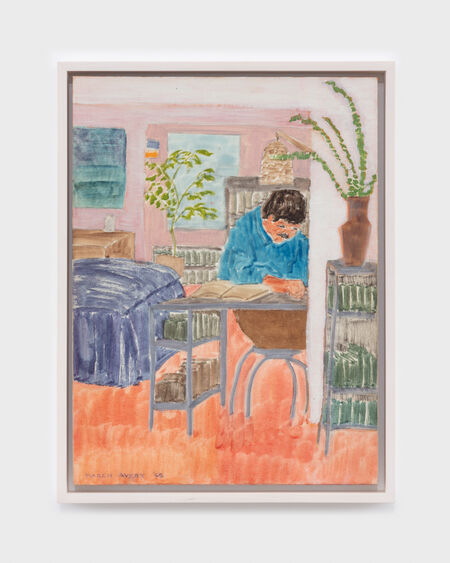 Charlie James, whose Los Angeles gallery has a roster that includes John Ahearn, Jay Lynn Gomez, William Powhida, Lee Quiñones, and Lucia Hierro, offered several direct areas to look into when doing research. “Evaluate data points related to the artist’s career,” he suggested. “Is there evidence of quality critical dialogue around the work? Does the career trajectory look like the artist may productively intersect with institutions, museums, at some point, et cetera?”

If you’ve developed your eye and done your research, you’ll feel comfortable with many of the ins and outs of the art world: what movements are on the rise, what artists are generating buzz. But in an arena that produces art stars seemingly overnight and auction records are frequently set, then broken—then broken again—by young up-and-comers, it’s important to stay grounded when considering purchasing a work. 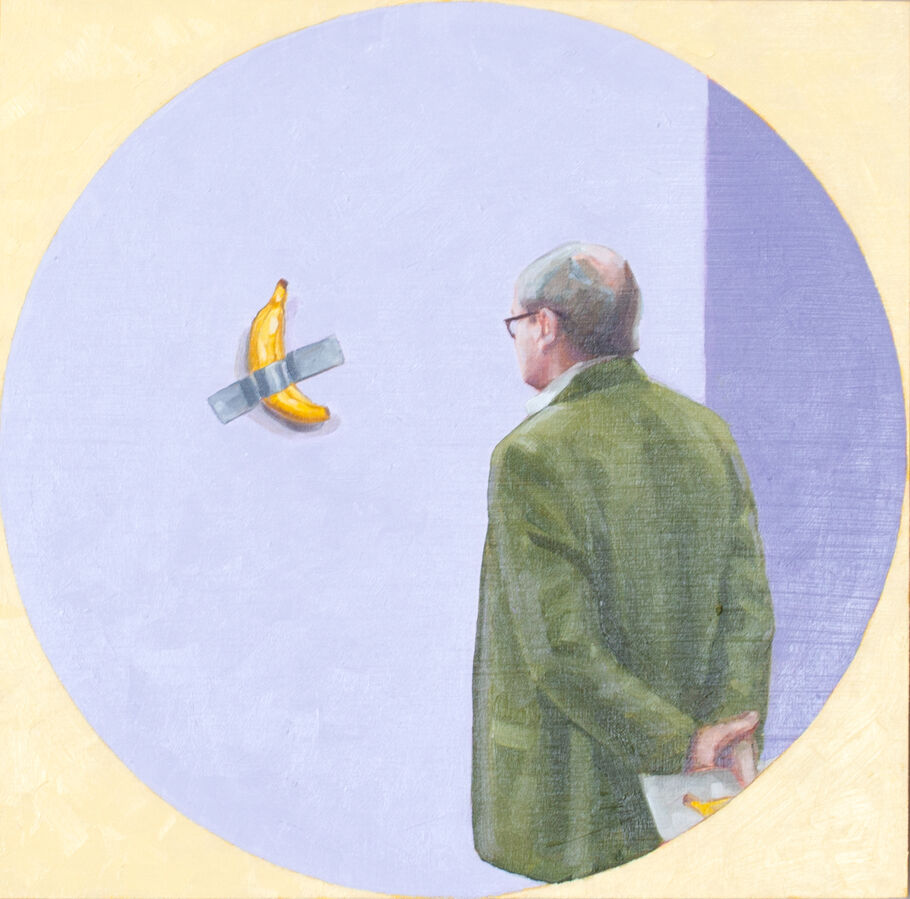 Kavi Gupta, who has spaces in Chicago and New Buffalo, Michigan, emphasized the importance of making collecting decisions on your own, and that your focus should stay on the work and not the hype surrounding it. “Don’t let someone talk you into buying something you don’t have a personal connection to,” he said.

Sean Kelly, whose New York gallery will open a Los Angeles outpostnext month, took things even further in 2018 by launching a initiative called Collect Wisely that aims, in his words, “to refocus the conversation around art by exploring how and why collectors collect and what it means to build a museum-quality collection.” 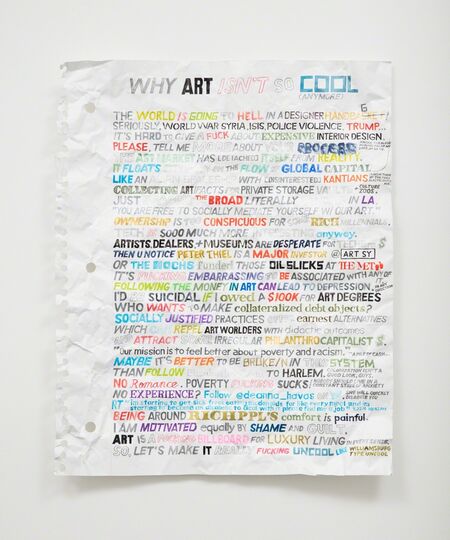 As part of that program—which includes print and digital platforms, social media outreach, artist-led events, and a podcast—Kelly “created a list of epithets to inspire people to think differently about how they collect,” he explained. Key among them, especially for new collectors who might be especially eager to try and scoop up a work by a buzzed-about artist: “Value art, not its value”; “Collect with your eyes, not your ears”; and “Look for permanence. Avoid trends.”

Find connections with the art that you’re going to collect

Of all the art in the world, only a small portion of it increases in value after it’s first been acquired—so collectors, especially first-time collectors, should steer clear of approaches that promise lavish returns down the road. They should, however, be hyper-focused on collecting work that’s meaningful to them. As Kelly has said, “Art enriches, investing returns.”

Gupta emphasizes that idea with all new collectors he deals with. “The number-one most important thing I’ve learned,” he said, “is that especially when you’re just starting out, the choice of what art to collect should be personal.”

Any work you acquire “should have a personal connection to your being that feels lasting,” he explained. There can be myriad reasons behind that connection: “Maybe that connection comes because the work and artists inspire you, or because it reminds you of moments in your life or upbringing.…Maybe it makes you contemplate your reality or challenges your perception,” he suggested. What’s key is that the connection exists. When you purchase an artwork, “it’s an investment in your everyday life. It pays dividends every time it makes you think,” Gupta said. 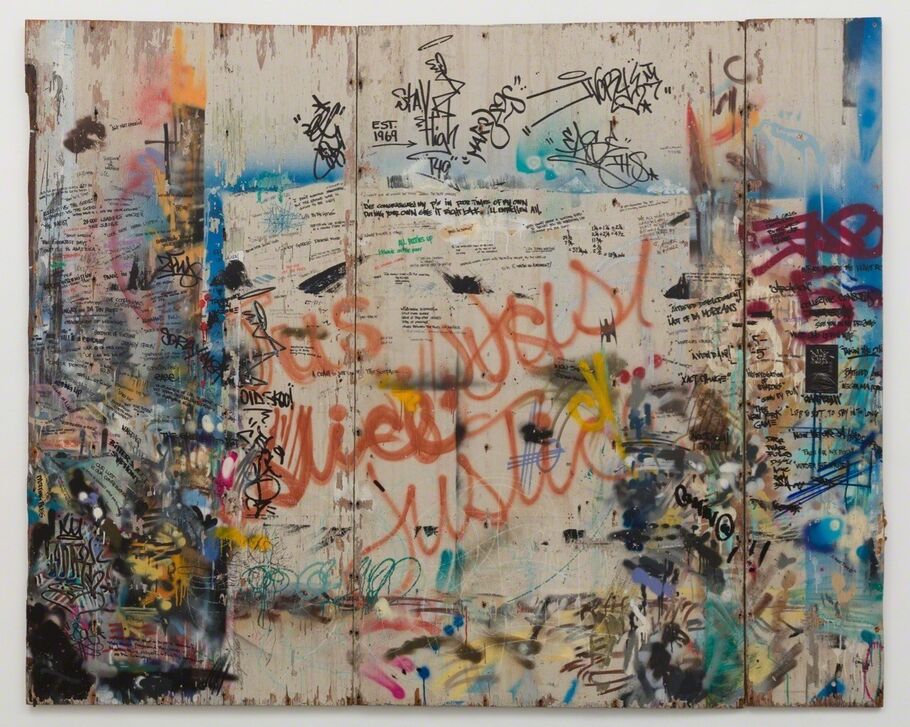 This means not quickly acquiring a work just because you liked it, but making sure that the experience sticks with you long after you’ve encountered it. James explained that collectors should take “time to make sure the work stays with them, that it goes into their heads and stays there.”

And forging connections with artworks can take other forms as well. Storm Ascher, founder and director of Superposition, a nomadic space that hosts projects in Los Angeles, New York, and elsewhere, suggested that “if you are thinking of adding an artist’s work to your collection, listen to what that artist is also doing with social impact and how they are inspiring change.” From that point, she said, “You can start by supporting causes and communities that artists are invested in before collecting their work, and it will be more fulfilling once you finally have a piece up on your wall and you look at it every day knowing you in some way were a part of contributing to art history.” 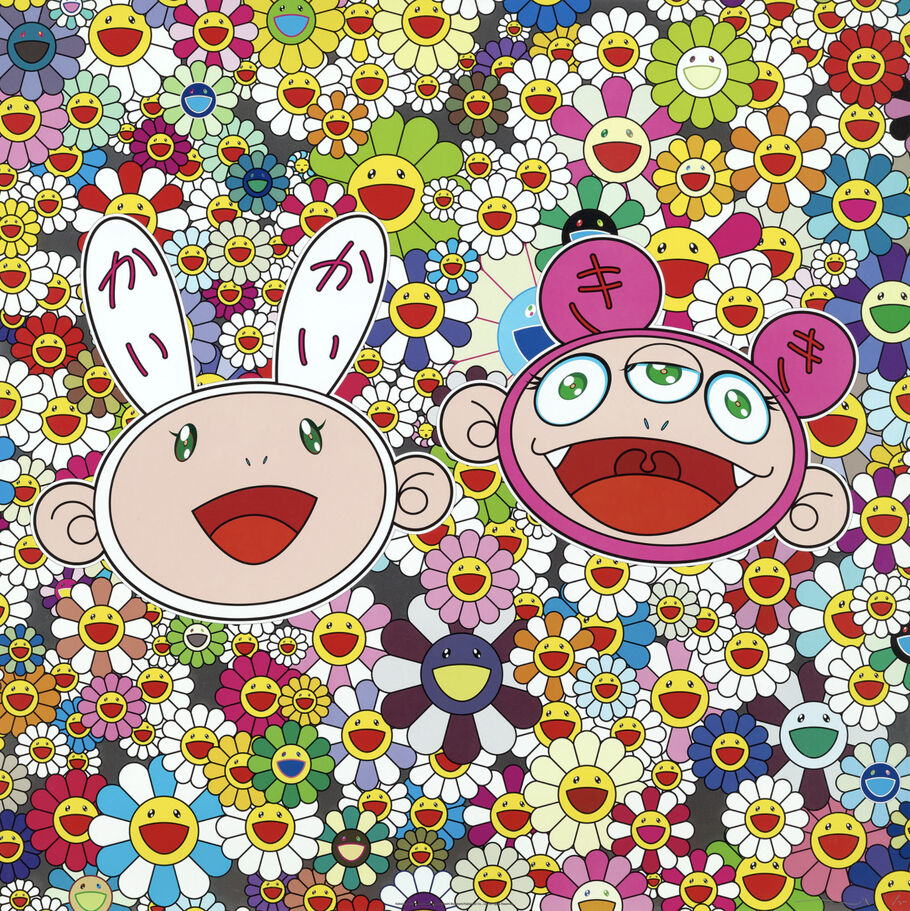 Dive in—responsibly—and remember to enjoy yourself

“Research, deliberation, price comparison can be endless,” Platonova said. And while those areas might add to some of the stressors for first-time buyers, she also thinks new collectors shouldn’t overthink things, and that it’s most important to start your collecting story: “Just go ahead and take the plunge.…This move could be truly transformative because it will empower you as a collector and maybe even set you off on a lifelong journey!”

Even so, that doesn’t mean you should be rash about things. Even with the utmost planning, she suggested that new collectors walk before they run. “Make your first purchase within a comfortable budget,” she recommended. “Starting small will ensure that you’ll get the art bug without getting burned.”

James similarly thinks that being aware of your budget is important when getting started. “A key question,” he pointed out, “is whether the work is in a manageable zone money-wise,” but also noted that if something is slightly too pricey, it’s sometimes possible to respectfully and transparently speak with the dealer and see if there’s a way to bridge the divide between budget and cost.

Even so, James confessed that the excitement of collecting is a joy in and of itself. Of more impulsive purchases—what he called “the ‘I love it, it’s affordable, I’m gonna buy it!’ thing”—he admitted they are “lots of fun, happen to everyone, and [are] generally speaking (as long as work is not too expensive) totally fine.”

Carberry also thinks new collectors shouldn’t hamper themselves by worrying about whether or not they’ve done everything they need to before acquiring a piece. “When you are just starting, it is best to not be burdened by rigid strategies or overthinking,” she said. After all, she reminded us, “the process should be a pleasure!”